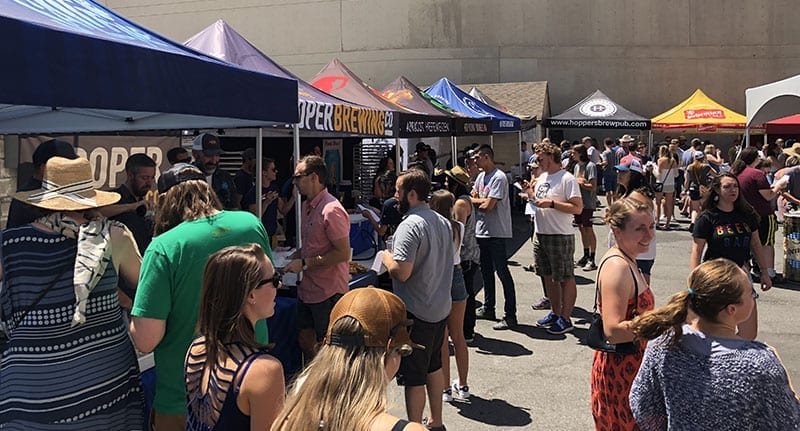 Near triple-digit temperatures couldn’t keep hundreds of revelers away, however. After all, they had ice-cold craft beer to help keep them cool.

Pie & Beer Day, which is becoming a summertime staple in Utah, didn’t disappoint. More than 20 types of pie and just as many local craft beers were served at what’s dubbed the “original and official” Pie & Beer Day.

Now in its fifth year, Pie & Beer Day at Beer Bar is a fundraiser for KUAA 99.9 FM radio, part of the Utah Arts Alliance.

“Bad” Brad Wheeler, a fixture in the Salt Lake community and now a KUAA radio personality, took a minute to marvel at what the event had become.

“Every year the pies and beers are really the stars of the event,” Wheeler says. “And every year, I don’t know how they do it, but the brewers and the bakers outdo themselves.”

“There’s nothing bad here, it’s all good.” Wheeler says. “You almost feel like every brewer and every restaurateur is writing a love letter to everybody. It’s amazing.”

A $25 “pie passport” authorized the holder to five pairings — full slices of pie and varying-size pours of beer (depending on the brewery, it seemed).

“It’s a lot of fun to get downtown and hang out with people and have a good time,” Millen says. “(You get to ) have pastries that are paired with excellent beers from all the Utah breweries. It’s a fantastic event. It’s brilliant.”

Fisher Brewing Co. brought with it my current favorite local beer — Rye Cream Ale — so that’s where my passport earned its first stamp. A strawberry rhubarb pie courtesy of Tradition accompanied the ale

From there I made my way to the Park City Brewery tent. Its Hooker Blonde Ale and Rye Pale Ale were paired with Stein Eriksen’s Bananas Foster Dulce de Leche — my favorite of the pies I tasted.

In all, organizers expected 5,000 slices of pie and who knows how many ounces of beer to feed and quench attendees braving 100-degree temperatures. 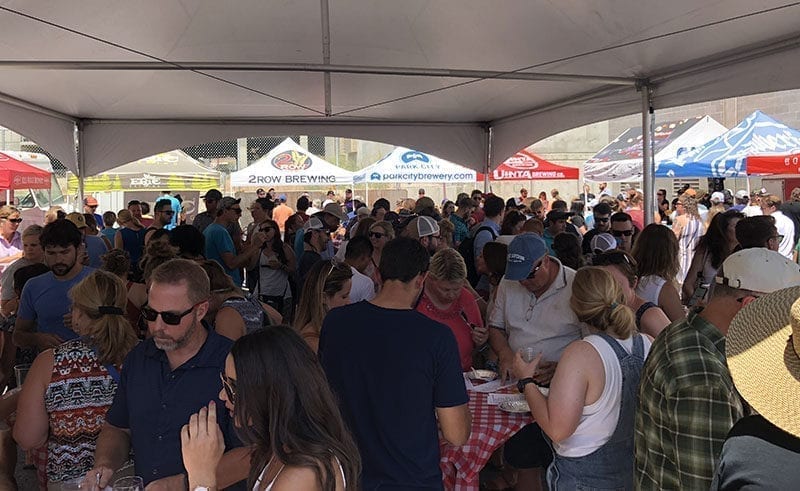 Kiitos Brewing is a newer Salt Lake brewery that just missed the deadline to participate last year. This time, it brought its Vanilla Nut Cream Ale to the party. The beer’s typically only available on-site at the taproom.

“It’s a big event for Utah,” says Kiitos’ Jamie Burnham, whose beer was paired with a Beer Bar blackberry pie. “We’re super-excited about this being our first Pie & Beer Day celebration.”

Lest you think Pie & Beer Day is limited to dessert pies, many tents featured savory pies as well. The Dispensary dished purple potato pierogi, while Garage on Beck served a funeral potato pie. Este Pizza Co. paired a jalapeño artichoke pizza with This is the Pilsener from Hoppers Grill & Brewing Co.

As I finished filling my passport and made my way to the exit, individuals seeking pie and beer continued to stream onto the patio to enjoy pastries and ales for a cause. Wheeler is certain the festival did much to help buoy the KUAA coffers.

“We built a broadcast studio in March and we still have a lot of stuff to do,” Wheeler says, rattling off a list of equipment needs. “This is going to be a major boost to the budget of KUAA.”

Organizers announced on Facebook about 45 minutes before the event’s scheduled end time that “Pie & Beer Day is sold out!”

It’s tasty. If any remains, I encourage sour-beer fans to seek out a bottle or two. 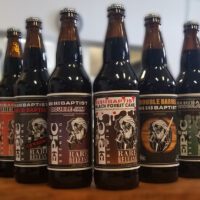 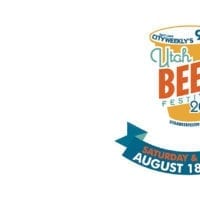 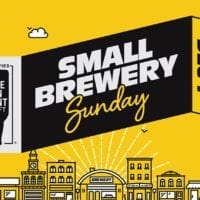 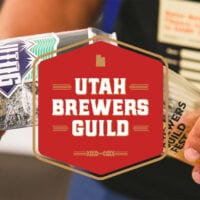 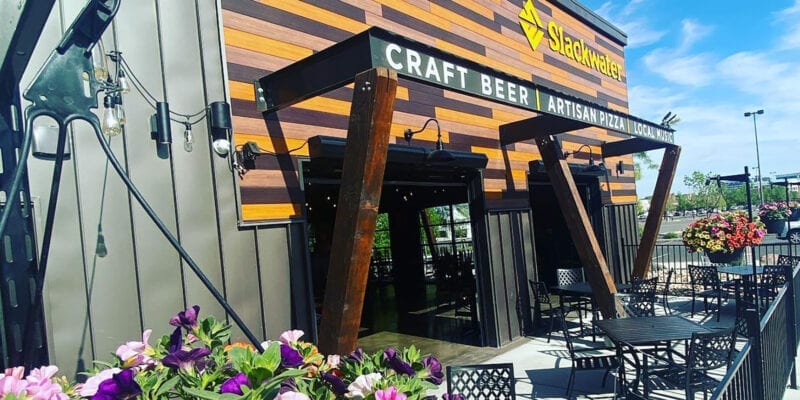 One week ago, Utah breweries got the go-ahead to begin reopening their taprooms and pubs, despite fears about coronavirus still dominating the news. As reported...
This site uses cookies. By continuing to use this website, you agree to their use. Read More Accept
Privacy & Cookies Policy