Utah Beer News, a site written by and for craft beer lovers, strives to entertain and inform all lovers of craft beer. 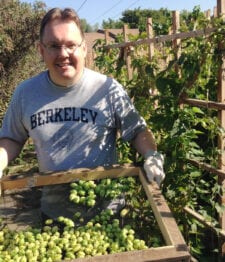 Whether you’re visiting Utah for the first time or you’ve spent your entire adult life drinking in the Beehive State, Utah Beer News strives to quench your thirst for knowledge about the state’s bustling beer scene.

To outsiders, Utah isn’t necessarily top of mind when it comes to the phrase bustling beer scene. Yet no fewer than nine craft breweries have opened, or are slated to open, since the beginning of 2017. Even more, longtime stalwarts that opened shop roughly a quarter-century ago continue to thrive.

More craft brews produced outside Utah are finding their way into state liquor stores and on bar taps. There’s plenty of higher-alcohol beers to be found, as well, though under state law, all beers on draft must be 5% ABV or less. The so-called “3.2 Law” went away on Nov. 1, 2019. In some ways, this is a good thing — Utah brewers get creative and knock out some outstanding lower-alcohol brews.

In addition to craft beers popping up at bars across the state, a handful of beer-centric watering holes cater to the craft beer drinker. These establishments feature dozens of brews on tap and hundreds of cans and bottles waiting to be cracked open.

My name is Tim Haran, the site creator and primary pen behind Utah Beer News. I’m expecting others will contribute to the site as well.

I’m a lifelong Utah resident (with a couple of stints in California and Wyoming mixed in to keep things interesting).

I spent nearly a decade working as a newspaper journalist (mostly on the sports desk). Then I spent another 10 years directing a social media team at a billion-dollar nutritional supplements company. PR News named me Blogger of the Year (2010) and Social Media Professional of the Year (2014).

In the summer of 2017, I began working as a digital marketing consultant and formed my own business, Tim Haran Digital, LLC. I live in Cottonwood Heights, a Salt Lake City suburb, with my wife, Amy, and our dog, Wrigley.

Over the last several years, I’ve developed a passion for homebrewing. And with that, I’ve become much more excited about the Utah beer scene, especially with all the outstanding breweries commencing production in the last little while.

In addition to writing on the Utah beer scene, this site will touch on a couple of other “b” interests — baseball and books — as they relate to beer, of course.

To read more about what I’m drinking, you can find me on UnTappd or enjoying a pint at the bar of a local craft brewery. Current favorite: Whispers of the Primordial Sea Smoked Helles with Pineapple from Proper Brewing Co.

It’s a great time to be drinking craft beer in Utah! We at Utah Beer News are excited to have you join us. Please send us a note if there’s a story you’d like to see covered or a brew that we absolutely must try.