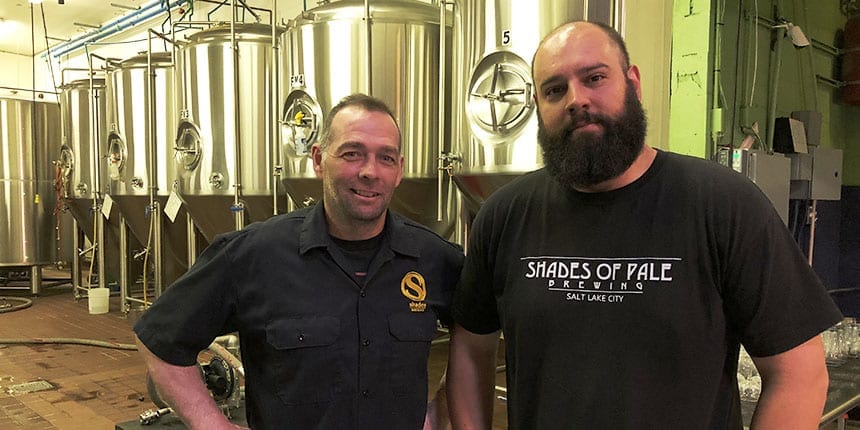 You can quibble over the proper pronunciation, but there’s no denying that kveik — an ancient Norwegian brewers yeast — delivers an interesting tropical character in certain sour beers.

Kveik is a relatively difficult strain to get your hands on (Buffolo received a sample from a friend who exchanged one yeast for another in Slovenia).

It’s perhaps even more challenging to keep the yeast from getting infected or otherwise damaged, which may be why few commercial brewers use it. That’s what happened to the original strain Buffolo’s friend brought to Utah.

But since Shades Brewing features an on-site laboratory, and its head brewer is a microbiologist, Buffolo managed to kill unwanted bacteria while still keeping the yeast alive.

“I was able to clean, kill the bacteria and keep pure yeast, more than one strain of course,” he says. “And that yeast is phenomenal. It’s unique, it’s only available in our hands.”

The Wonders of Yeast

Trent Fargher, founder and president of Shades Brewing, noted that yeast strains generally don’t like to live together. “All these different types of yeast kind of live and work in harmony with each other,” he says. “And that’s really what the interesting part about this is.”

Yeast, of course, is a key ingredient in beer. It converts sugars into alcohol and carbon dioxide. Certain yeasts, such as kveik, add a range of flavors to give beers increased complexity.

“It’s not one single fruit,” Buffolo says of the kveik yeast character. “It’s papaya, mango, tangerine, orange, guava. You cannot define which fruit it is, because it’s all together.”

To brew its kveik ales, Shades Brewing started with lactobacillus in the kettle and dropped the pH to to give the wort a nice tartness. Brewers boiled the wort, added minimal hops, and pitched the kveik. Fermentation temperatures topped out near 90 degrees naturally.

Once fermented, Shades Brewing split the batch into three tanks to create three unique golden sour beers, each clocking in at around 6.3% ABV.

Dry-hopped with Nelson Sauvin™. Clean, fruity aromas and flavors. It won a bronze medal (American Sour) at the 2018 North American Beer Awards in Idaho. It will be available in 12-ounce bottles at the brewery starting June 30.

Includes three pounds of sweet cherries per gallon. While it pours a bright red, Fargher notes the cherry flavor isn’t overpowering. It will be available later this summer.

Nicknamed “tropical thunder,” this beer includes pineapple, mango, and guava. Brewers added lactose to increase the body and thickness. “It almost came out to be kind of like a milkshake-type beer,” Fargher says. It will be available later this summer.

As fun and as interesting as it is to brew with unique ingredients, Shades Brewing understands it can’t simply produce barrels of beer without doing its homework. Tucked in the back of the 17,000-square-foot brewery is a lab in which the brewers can test and analyze data on-site.

Buffolo is part of Milk the Funk, a group that shares a passion for sour beers. That’s one spot he’s able to research and learn about funky yeast trends.

The homework for the kveik beers started by cleaning and testing the yeast to assure viability. From there, Shades formulated recipes and brewed on a smaller scale to determine how the yeast would perform.

“If it’s exactly how we predict in the lab, I start to think about the recipe on a commercial scale,” Buffolo says. “You cannot just scale up. You have to think about cost and timing production.”

The laboratory also helps in that regard.

“We have a good setup in the lab now where we’re able to grow our own yeast,” Buffolo says, noting that Shades doesn’t need to send samples to outside yeast labs for multiplication, which increases contamination possibilities. “In a couple weeks, we have enough yeast to pitch 30 barrels.”

From Day 1, Fargher knew he wanted a lab “just from a quality control perspective.” It’s been built piece by piece over the last two-and-a-half years, and it remains a work in progress. Now, in addition to QC, it’s also serving to promote research and development.

“Right now, with what we have in a lab, there’s definitely a significant investment,” Fargher says. “We have probably one of the most sophisticated labs in Utah, of any of the brewers, especially of our size.”

Analyzing on the Fly

The brewery’s investment in polymerase chain reaction (PCR) testing is something Fargher’s particularly proud of. The testing equipment allows brewers to take samples directly from tanks and extract the DNA to determine the biological elements of the samples.

“Through the protocols that Marcio’s developed,” Fargher says, “we’ve been able to take that (data) and look for specific contaminants within our products.”

So instead of pulling a sample, plating it, and incubating it for two weeks to determine if a contaminant is present, Shades Brewing is now able to complete that process in five or six hours.

“That makes a huge difference in our throughput from a production perspective, as well as a cost perspective,” Fargher says. “As a commercial brewer, we’re always thinking about how to make the best product possible, at the lowest cost, the fastest possible.”

Giving Yeast its Due

When Fargher was starting out as “a one-man show,” he aimed to simply brew the best 4% beer he could. As the brewery’s grown and developed, he’s become more interested in learning about individual ingredients, how they work together, and how to think about making a unique beer.

Yeast, Fargher believes, is still a largely unexplored ingredient when compared with research conducted on hops, barley, and even water. He revels in taking something biological, and sometimes out of the brewers’ control, to create something completely unique.

“The yeast adds a tremendous amount of flavors and complexity to the beer,” Fargher says. “With the laboratory, and with working with Marcio, it’s definitely got us excited to experiment more with certain yeast flavors and profiles.” 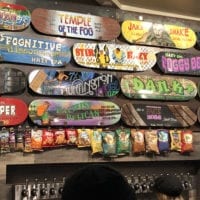 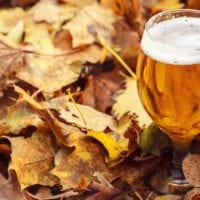