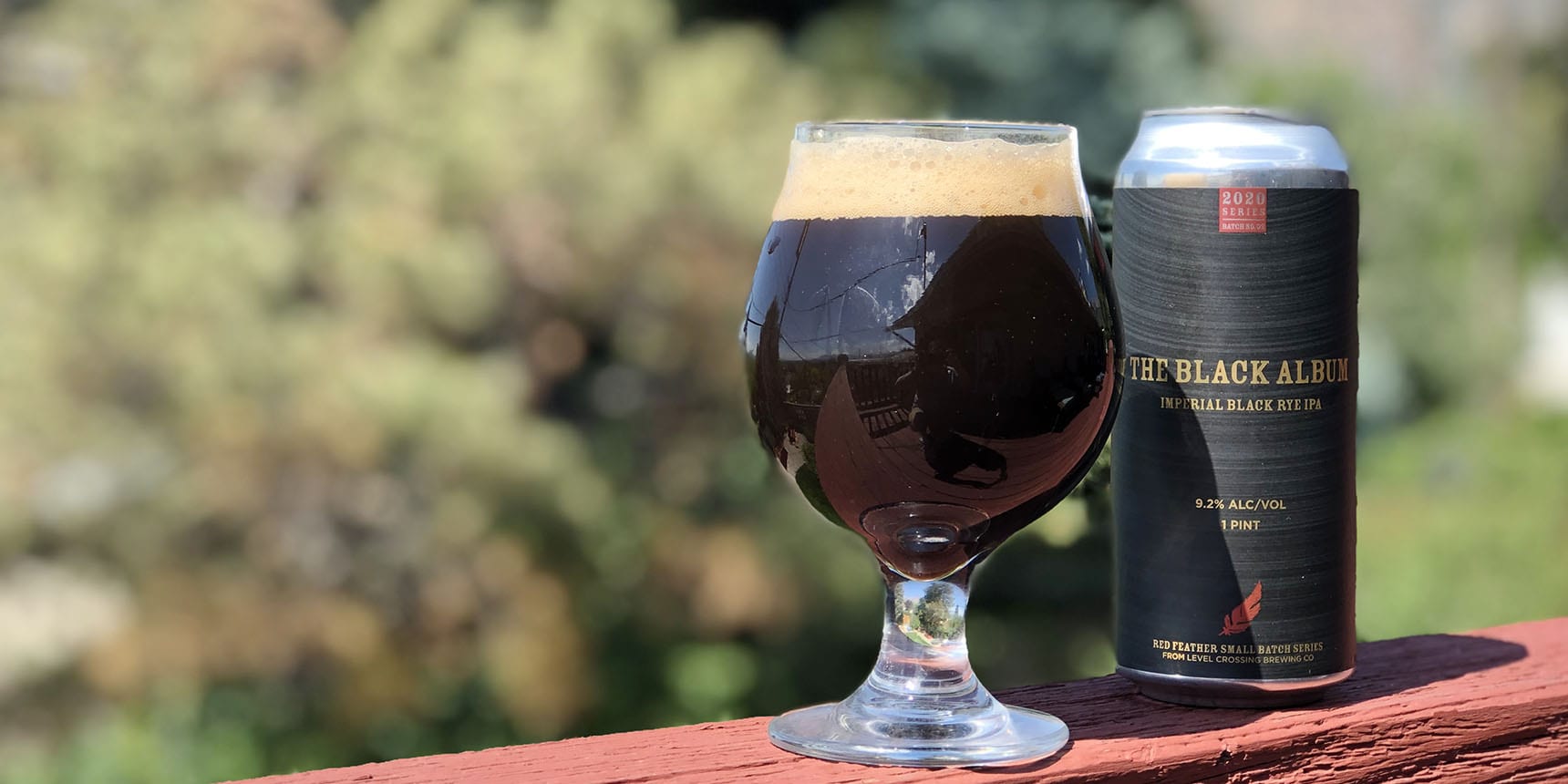 Welcome to Beer Tastings, a series in which Utah Beer News highlights an interesting (and tasty) local brew. This time: The Black Album, an Imperial Black Rye IPA, from Level Crossing Brewing. What are you drinking? Let us know!

It combines the best of two worlds. Slightly spicy and bready malts complement a punch of dank, resinous hops. Four different ryes fill the grain bill, while a blend of Motueka, Citra, and Amarillo give the 9.2% ABV beer a decidedly hop-forward kick.

It’s not a punch-your-palate beer, which is a testament to the recipe design. A boatload of hops offers substantial bitterness, especially toward the end. But the smooth, dark cherry/light caramel maltiness helps to create an easy-drinking (and slightly warming) imperial black rye IPA.

Head Brewer Chris Detrick, who won countless awards as a homebrewer and whose Suss it Out Rye IPA at Level Crossing won bronze at the 2019 Great American Beer Festival, says he’s been working to perfect The Black Album recipe for years.

The Black Album is another example of Level Crossing’s expert use of rye. In addition to Suss it Out, the brewery’s well-regarded Jazz Loon Pilsner also features rye grains.

The Red Feather Small-Batch Series is a pre-planned lineup of six beers. The brewery expects to release one every couple of months for a year. After that, Owner Mark Medura says, the idea is to re-release the beers at the same time each year.

The red feather “is a long-standing family tradition of always leaving an empty place setting for ‘Red Feather’ at the dinner table,” Level Crossing explains.

The empty seat is left open in case “a weary traveler, family member, or friend knocks on the door.”

The Black Album pays homage to a pair of self-titled albums. The first, as you might expect, is Metallica’s 1991 Grammy Award-winning effort of the same name. You’ll notice “Nothing Else Matters” stamped on the bottom of each can, a reference to a hit from that album (and, perhaps, a wry smile to our current climate).

The second, however, is less obvious. Inspiration for the beer also came from The Beatles’ 1968 self-titled effort, Medura says. That one is more commonly known as The White Album.

It seems The Black Album — the beer — could be considered Level Crossing’s self-titled brew. 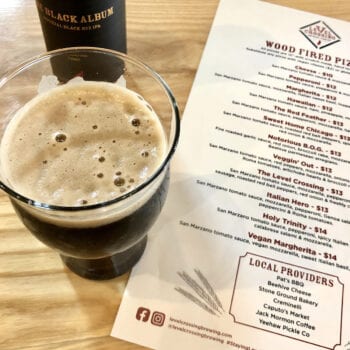 Product Description: From Level Crossing Brewing: "The Black Album is an Imperial Black Rye IPA and measures in at a burly 9.2% ABV. This delightful beer contains four different rye grains: Mecca-Grade Rye, Caramel Rye, Chocolate Rye, and Flaked Rye. Along with this generous rye grain bill, hop nerds will relish the hop combination as impressive: Motueka, Citra, Citra Cryo, and Amarillo Hop Hash balance out the flavor profile. Although rich and dark black in color, The Black Album is surprisingly light in body and easy drinking to all echelons of the beer community."

The Black Album is the second in Level Crossing Brewing’s Red Feather Small-Batch Series. It’s an imperial black rye IPA that clocks in at 9.2% ABV. But it doesn’t drink that heavy. A nice mix of rye grains, coupled with a hefty dose of piney/herbal hops, makes for an easy-drinking (and warming) beer. 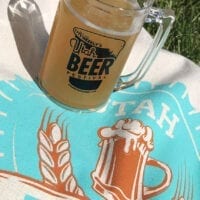 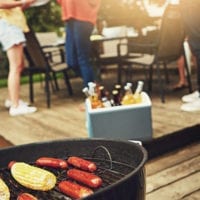 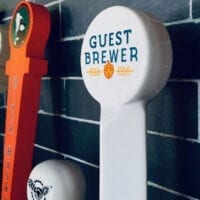 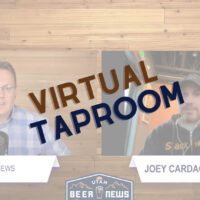