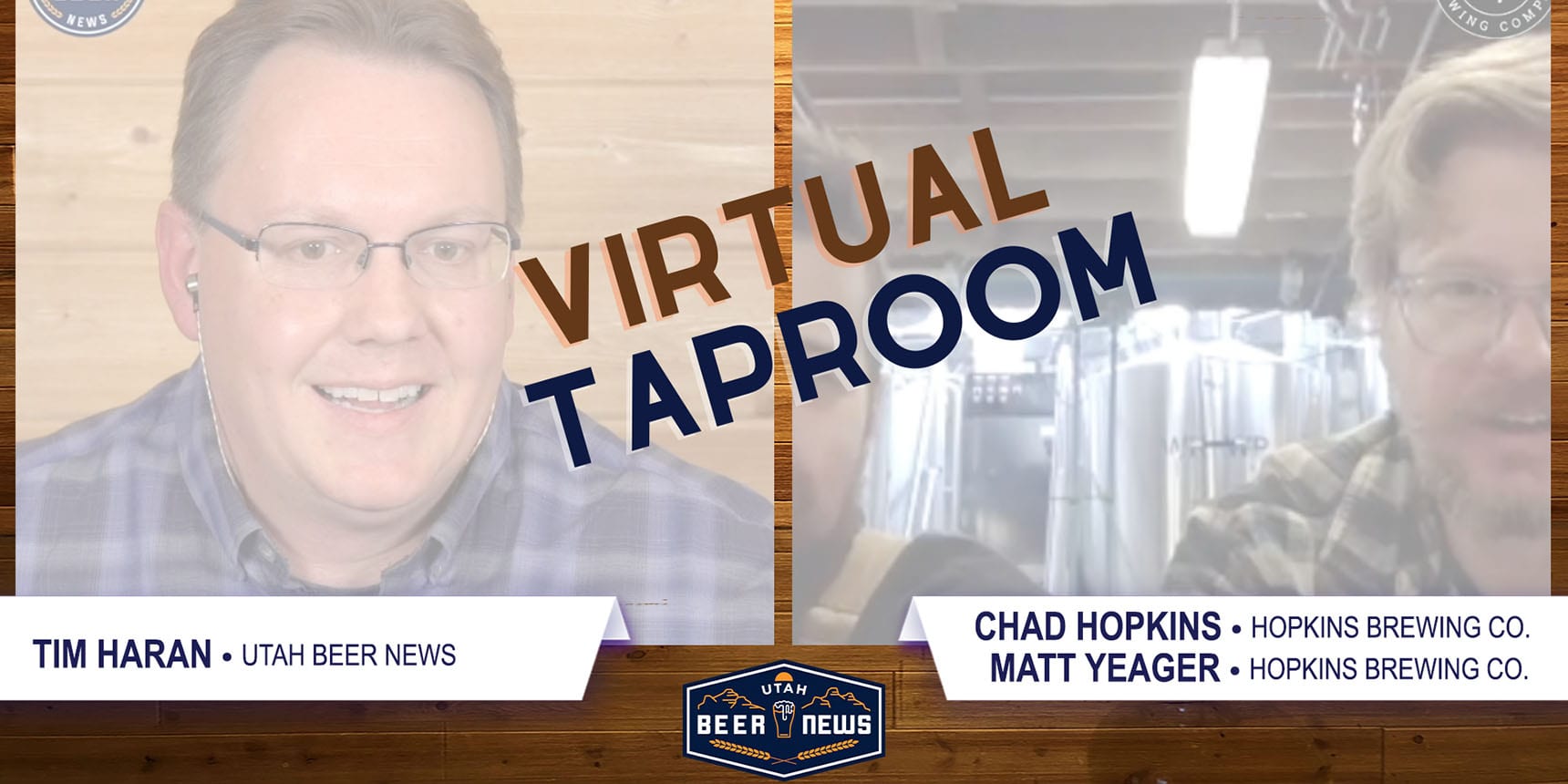 The following is a slightly edited transcript of our conversation. And here’s a previous article we wrote about Hopkins Brewing Co.

Hello everyone. Thank you for joining Utah Beer News for the latest in our one-on-one conversations with local brewers, breweries, and everyday imbibers. I’m Tim Haran, founder of Utah Beer News. And my guests for this episode are Chad Hopkins and Matt Yeager of Hopkins Brewing Company in Sugar House.

Pretty good, pretty good. Thanks for taking the time to talk with Utah Beer News.

Hopkins Brewing opened at the very end of 2018. And Chad and I have visited multiple times before. In fact, there’s an article and podcast episode on UtahBeerNews.com right now that gives the backstory of Hopkins. I invite you to go and check that out.

One thing I want to say about Chad, though, before we dive into all the cool things that he and Matt have going on at Hopkins Brewing is Chad is just a tremendous advocate for craft beer in Utah. He’s always out there supporting other local breweries, posting pictures of all the delicious beers that he’s drinking. It’s just very cool.

He’s also a trailblazer in some of the collaborations and partnerships he’s developed, guest taps, featuring local musicians at the brewery, beer pairing meals, partnering with other small businesses. It’s just a really cool vibe all around at Hopkins Brewing. I’m really excited to talk to Chad and Matt about what they’ve got going on in the near future.

Let’s start with you, Chad. What’s going on at Hopkins right now that we need to know about?

We’re staying busy. We’ve come through this COVID thing and we’re doing great. It’s kind of a wild couple of years for us opening a business kind of getting things under control in that first year and right when we start to feel like we hit our stride then we kind of get shut down there for a bit.

Things have been really good. We’ve been able to support local music since they haven’t had venues. We’ve had live music almost nightly. Some breweries have, you know, like Bewilder, those guys really helped me out as a homebrewer with Salt City Brew Supply. They opened up just a couple months before the pandemic. So we’ve been able to help out our friends and sell their beer here as well.

Since we do have a bar license, we can sell high-point beers from other breweries. It’s been a lot of fun. You know, our first year, we’re still limited by having draft only. It was great getting 5% but, you know, instead of us trying to have our own high-point beer, there’s so many great breweries here in Utah making great high-point beers that we’re good friends with.

And to see our little town of Salt Lake blow up like it is with craft beer is pretty amazing. I’m very excited about it. And that’s really why I want to promote it. We welcome more breweries.

Is that kind of what you’re seeing or hoping?

Yeah, it’s getting pretty close to that here. We’re almost there. You know, with the vaccine being available now. It’s just, it’s nice. It’s good. We’re all ready to come back and sit at the bar again shoulder to shoulder with our friends.

Sure. Well, one cool thing I wanted to talk to you guys about is your Small-Batch Friday program. I know that’s something you started, Chad, and Matt’s really, it sounds like, taken on a large role in some of these batches.

That happens every other Friday at Hopkins Brewing.

It started out as bringing my homebrew system here and my old kegerator. We’ll do some experiments down here and I’ll do some training on it.

Matt just spearheaded it, going after it with his own recipes and what he wanted to do with it. So now that’s all Matt.

Yeah, Matt. Let’s talk about kind of your philosophy when it comes to doing these — are they still five-gallon batches that you’re doing?

Yeah, so now we have a 10-gallon system. So we basically do double batches and I’ll either split it up to have like two different beers out of one base or with things like lagers that take longer, I’ll do a double batch of that. They hang around a little longer.

But yeah, I’ll just kind of whatever kind of weird idea comes into my head. Oh, did anybody do this? Kind of check it out. Nobody did it, so it’s like alright, let’s just give it a shot, you know?

Right. Yeah. How long have you been doing this program? Has it been a year now?

For those who don’t know, every other Friday at Hopkins you put these out on draft for people to try and they’re really interesting recipes and concoctions. Can you talk about a couple that might be coming out tomorrow that people can look forward to?

Yeah, for sure. The one I have right now is Red Velvet, kind of like an amber base. And then I brewed it with vanilla, cacao, lactose to give it a little sweeter end. And then to give it a really vibrant red color I added a little bit of beets. So it’s pretty interesting.

Definitely one of the stranger recipes that I’ve done but it worked out really well.

In my opinion, the beet flavor doesn’t come through a ton. There’s a touch of earthiness, but it kind of balances out all of the sweetness from the vanilla and lactose. I think it works out really well.

Right now Chad’s got the Malted Trail Pale Ale, which is one of my personal favorite pale ale recipes that I’ve made. It’s just kind of like a classic West Coast, really malt-forward and some moderate bitterness. A lot of citrus notes between the aroma and then the taste, too.

And this one I actually use a different yeast strain than what I normally use. It’s got a little bit of juiciness to it, almost like a West Coast-East Coast Northeast hybrid kind of thing going on. That one I’m really excited about.

I just think it’s so awesome that you’re able to, you know, have the freedom to be able to do this kind of stuff and it sounds like the public’s really latched onto it.

I talk to people who are looking forward to the new concoctions every other week. It seems like you have between six and eight every other Friday? Is that about right?

Yeah, we used to do eight and now we do six, just because we always have a house seltzer and a tonic on for doing cocktails. The tonic recipe for cocktails is so good. We have tonic on tap and then we have seltzer water on tap. It’s great for making cocktails.

One thing I want to mention, too, that’s fun about these batches is there is some experimentation that goes into it. Like this Malted Trail, Matt did the same recipe but two different yeasts. You get to try that back to back.

There’s a new malomen that he used in this one. They’re like two completely different beers. It’s fun to do with the 10 gallon. Split it up and make one adjustment and kind of see how that impacts the beer.

There have been a couple, too, that have graduated to the big time, right? Haven’t you put some on the full system to put on tap more on a regular basis?

Yeah, we have a few. There was the You Can’t Do That on Television IPA was one that hit. That’s kind of like a really malt-forward, West Coast IPA. It’s really heavy on the Munich malt, which is fairly unusual for an IPA.

Usually, it’s more base malt. So, hence the name. And then we put on the Rye Pilsner. That was good. Which is like a really mellow beer. Hop-wise, at least, and then some earthiness from the rye.

I think that’s so awesome. So in addition to what you have going on with the small-batch stuff, Chad, anything new or exciting that people should be on the lookout for next time they visit Hopkins?

We’ve got music almost nightly now. On Tuesday we have trivia nights where you can win a gift card. That’s a lot of fun.

Some of my favorite nights are, or my favorite night is probably Wednesday. We have a jazz jam. We have students, professors, just a bunch of music nerds in here that love to play. Our house quartet will play for an hour and then anybody can sign up who wants to jam with the band. That’s fun. You get some really unique music in here. It’s a great time.

We’re going to be starting, now that COVID’s starting to ease up a bit, we’re going to get some pint nights, some charity stuff going really soon. Be on the lookout next month. April 17 we’ve got something coming up. You can see it on our Instagram. OK. We want to start getting back into what we were doing pre-COVID.

You guys are just killing it and I really enjoy visiting Hopkins Brewing. It’s a great place in Sugar House. Lots of good beers and like you said, lots of good entertainment. Just things to do.

You really have developed kind of a destination brewery, I think, for people to come to try out new beers on tap and then just enjoy the vibe that you’ve got going on there. Congratulations on what you guys are doing. 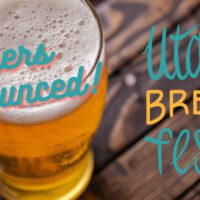 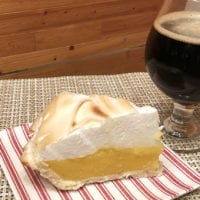 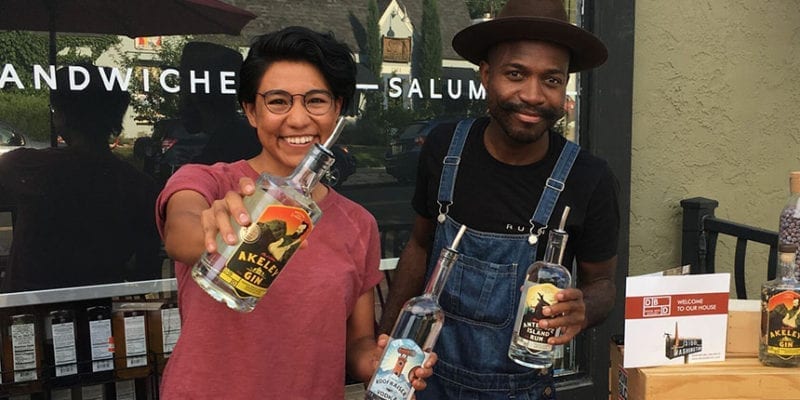 Salt Lake City is still somewhat of an under-the-radar drinking and dining destination. But the Salt Lake Food & Wine Fest aims to help change...
This site uses cookies. By continuing to use this website, you agree to their use. Read More Accept
Privacy & Cookies Policy