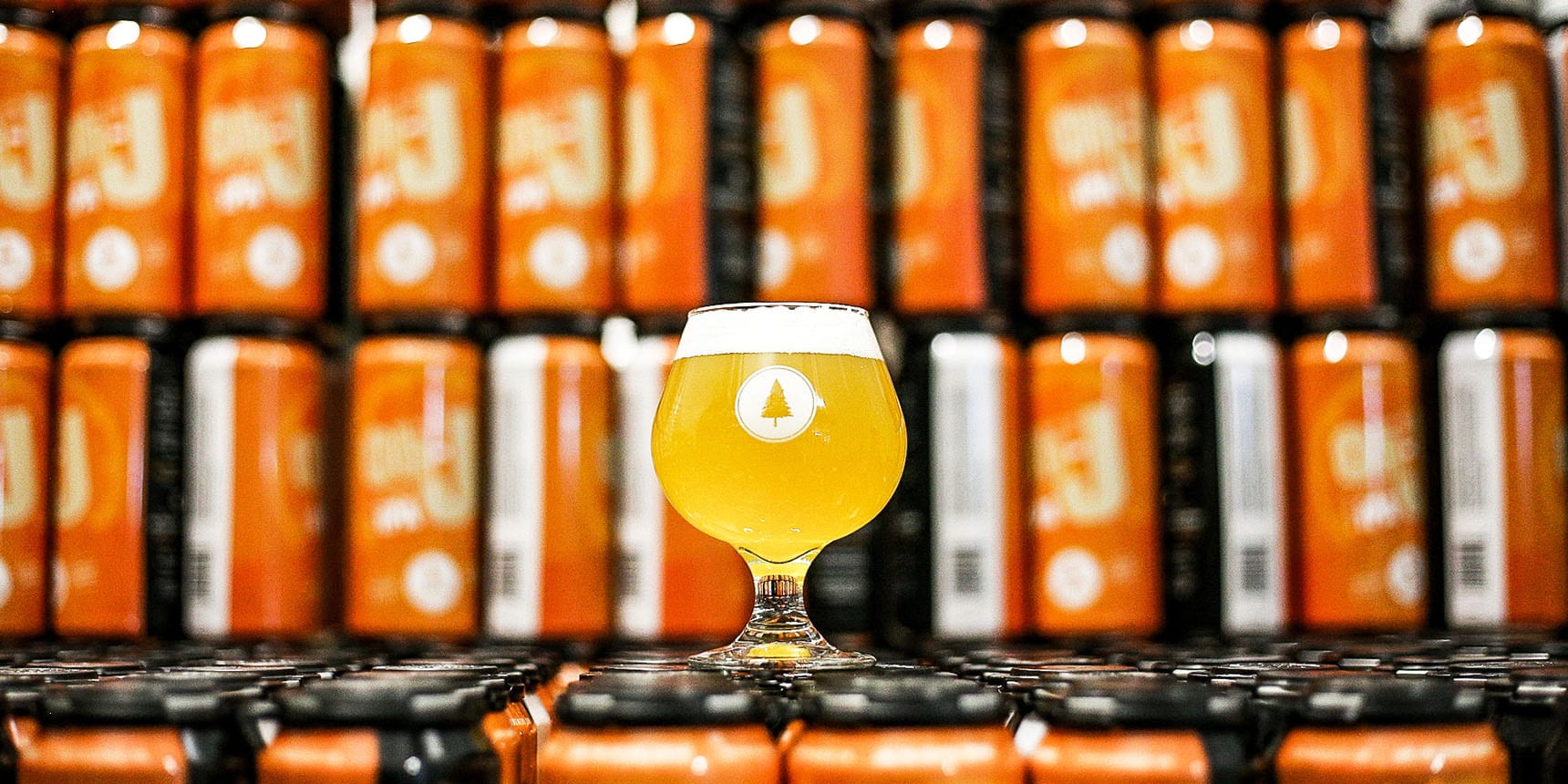 “When we go through the states, it’s all natural northeast states,” says John Paul, co-founder and director of business for Lone Pine Brewing. “And Florida, we just launched, it makes sense with people snowbirding from Maine to Florida. But you mention Utah and people cock their head back and say, ‘what?'”

Paul understands that Utah, which received its first shipment of Lone Pine beer in late 2019, seems to be an incongruous outlier. But, as he points out, a lot of thought went into shipping craft beer 2,500 miles west.

“We had to make some investments in ensuring the beer would travel cold and be taken care of in that regard,” he says. “Our distributor was well aware of our commitment to quality.”

And it doesn’t hurt when a market’s requesting your beer.

“We’re always reacting to consumers, and we have received quite a few messages from Utah,” he explains.

In fact, conversations with one specific consumer — and friend in the beer business — did much to help seal the deal.

Lone Pine Brewing: In Their Own Words

BONUS: Subscribe to the Utah Beer News Podcast and listen to our interview with John Paul, Lone Pine Brewing co-founder and director of business. Learn a little about the Maine craft beer scene, find out why Lone Pine decided to start sending its beers to Utah and hear how the brewery is weathering COVID-19.

Utah’s craft beer scene has exploded in recent years, though we still have to add 100 or so breweries to catch up with Maine. But the Beehive State — and Salt Lake in particular — is gaining a reputation as a burgeoning craft beer market. The local scene is strong and well-known craft breweries nationwide are beginning to send their beer our way.

The rest, as they say, is history.

Tom Madden, co-founder and head brewer, is the “brainchild” behind Lone Pine, Paul says. The two founders were childhood friends and have emails from a decade ago documenting the desire to open their own brewery.

Madden’s experience working in his father’s beer store, and flipping it from primarily a Bud, Miller, Coors shop to a craft-focused establishment, helped lay the foundation for Lone Pine.

From the beginning, Lone Pine went against the grain.

Instead of cranking out a dozen different styles, Lone Pine Brewing spent a solid seven months brewing one beer. Its flagship Portland Pale Ale became its calling card around town.

“We made it an uphill battle to start,” Paul remembers. “You’d walk into our tasting room in the middle of summer and we’d have one draft line. But we knew in the long run it was going to be that more advantageous for us.”

Lone Pine positioned Portland Pale Ale as the “gateway beer” for restaurants that might not curate a craft beer list, or for drinkers who might only be familiar with macro beers. It paid off, allowing for Lone Pine to eventually branch out and ultimately flex its creative muscle.

“Build the brand and build it responsibly,” Paul says. “Create a beer that people can depend on a location where consumers can have a great time and come back to.”

Lone Pine Brewing, as is the case with many craft breweries, started small. At the outset, its brewing space amounted to about 700 square feet. It produced 1,500 barrels annually on a five-barrel system during its first two years. Lone Pine utilized a mobile canning company that would show up at the end of each two-week sprint.

“Talk about a labor of love,” Paul remembers. “The mobile canning company would unload 60 or 70 barrels of beer into cans and then we’d clean the tanks that night and immediately start brewing the next day.”

It wasn’t unusual for taproom patrons to be able to watch brewers at work late into the evening. After all, the taproom and the brewhouse were within shouting distance of each other.

But in 2017, as Paul acknowledges, “timing really aligned.” A neighboring brewery, with its own expansion plans in mind, moved out of its facility in Gorham, Maine. Lone Pine swooped in to purchase the equipment and the building. Almost overnight, Lone Pine’s production quadrupled and its staff more than tripled.

“We were signing with distributors and signing with some chains, too,” Paul says. “It really was all stars aligning and us going as hard and fast as we could in that new facility.”

A year later, Lone Pine earned the distinction of being the fourth fastest-growing craft brewery in the country, according to the Brewers Association. And in 2019, Lone Pine added yet another feather to its cap. It earned a bronze medal at the Great American Beer Festival.

Lone Pine Brewing introduced several beers into the Utah market. Its original Portland Pale Ale (5.2% ABV), as mentioned above, is positioned as a “gateway” beer for folks who might not be familiar with craft beer.

“We wanted to bring that beer to Utah so consumers could see what Lone Pine is built on,” Paul says.

The following are a few tasting notes for Lone Pine beers that should be available in Utah as well:

Lone Pine Brewing formed in 2015 and opened its doors in early 2016. Since then, the Portland, Maine-based brewery’s fired on all cylinders.

In 2018, it became the fourth fastest-growing craft brewery in the country, according to the Brewers Association. And in 2019, Lone Pine nabbed a bronze medal for its Chaos Emeralds in the hotly contested Juicy or Hazy Double IPA category at the Great American Beer Festival.

Lone Pine, with a production facility in Gorham, Maine, and tasting rooms in Portland and Gorham, distributes to about a dozen states, primarily in the eastern half of the country. It purchased the former home of Sebago Brewing in 2017, allowing the brewery to increase production to more than 6,000 barrels from 1,500. Now, annual production is in the 15,000-barrel range and it’s contracting with a pair of additional breweries to help Lone Pine meet the demand for its beers.

Lone Pine officially shipped its first batches of beer to Utah in late 2019, Paul says, and it worked with Ogden-based Golden Beverage Company to begin full distribution in early 2020.

“We as individuals will be coming to Utah once things open up more,” Paul says, referring to travel restrictions due to COVID-19. “When I moved back to Maine from California, Utah was a pass-through state and I absolutely loved it. It was beautiful. I can’t wait to get back.” 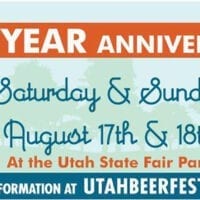 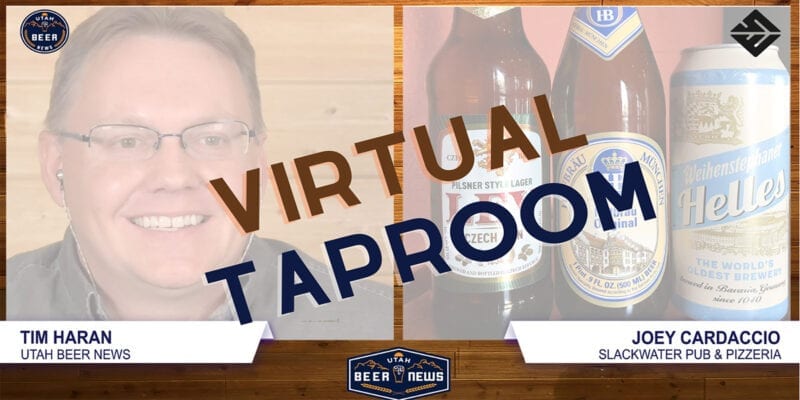 Joey Cardaccio, service manager at Slackwater Sandy, joins Utah Beer News for another episode of our 3 Beers with Joey video series. Each month, Cardaccio...
This site uses cookies. By continuing to use this website, you agree to their use. Read More Accept
Privacy & Cookies Policy